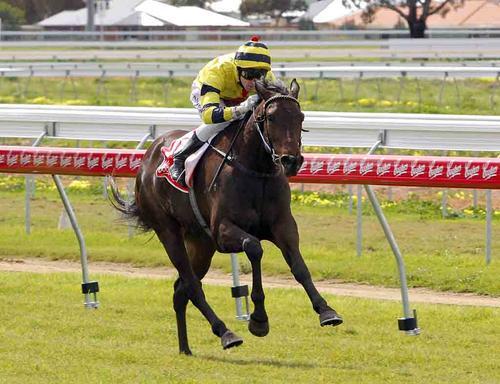 Settling worse than midfield, Andronica was set alight by Adrian Patterson at the 450 metre mark and after she collared the leaders at the 200, the result was quickly beyond doubt. Andronica was purchased by Mark Minervini for just $15,000 at last year's Adelaide Magic Million sales, and looks set to eclipse that mark very early in her career. Her win provided the Minervini stable with its third win in consecutive weekends and fourth win overall in South Australia this season, good enough to have Mark Minervini sitting equal second in this season's South Australian Trainers' Premiership – a great effort from just 15 starts.