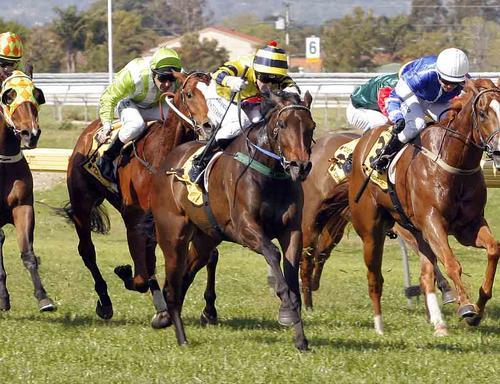 After winning easily in fillies and mares maiden class at her most recent run 14 days ago, punters were optimistic that Andronica could make the progression to today's more difficult 0-75 assignment and installed Andronica the $2.90 favourite. Their faith was rewarded as Andronica settled in the second half of the field and finished very strongly over the last 100 metres to win by three-quarters of a length in good time. Clearly, Andronica is an up-and-comer worth following this preparation as she continues to advance through the grades. Minervini has her firing at the moment and, with the way she attacks the finishing post, it will pay to follow Andronica going forward. She has now won almost twice her $15,000 purchase price as a yearling in just 3 runs.

The win catapulted Mark Minervini into equal third in both the South Australian and Adelaide trainers' premierships. With a number of progressive young horses in his stable, there is no reason to think that Minervini will not be prominent in the top rungs of each premiership throughout the season. The win also placed Adrian Patterson into the Top 5 in the jockeys' premierships in South Australia and Adelaide. Adrian Patterson does quite a bit of riding for Mark Minervini and the pair have forged a successful association so far this season.