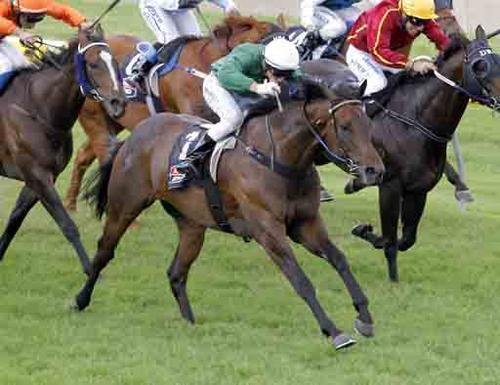 Test Century is now domiciled at the Morphettville base of leading trainer Mark Minervini and is clearly enjoying his new surrounds and the opportunity to do a number on the Croweaters. Astutely ridden by young apprentice Jackson Matthews, Test Century settled well back off a white hot speed, hit the front 150 metres from home and was very strong to the line in scoring by half a length from Wanaka Gold ($11) with Bianium ($5.50) a further three-quarters of a length away in third. Test Century's win provided a fill-up for supporters of the Mark Minervini stable, saluting at odds of $13 on track.

Test Century was formerly trained by renowned horseman John Moloney, who suggested to his fellow owners (Moloney is a part-owner of Test Century) that Test Century may benefit from a change in surrounds and a more suitable array of races on the South Australian calendar. Mark Minervini, who knows Test Century's family well, having purchased his three-quarter brother (Testapal) as a yearling for stable clients Jason Hammerstein and Mark Schiavello, was only too happy to accept the owners' invitation to train the son of Testa Rossa.

Mark Minervini is hoping that now Test Century has re-entered the winner's circle, he can become an habitual winner like Better Be The One who also won for Minervini and Matthews last week. Better Be The One will be hard to beat at Allan Scott Park Morphettville this Saturday where another gun apprentice, Jacob Rule, takes the ride. Testament to the temperament of Minervini's horses is the number of winners he trains with apprentices on board. Better Be The One, Test Century, Last Mogul and Addiction To Rock (2 city wins) have all won races for apprentice jockeys this season.