Minervini and Cahill finish September off in style 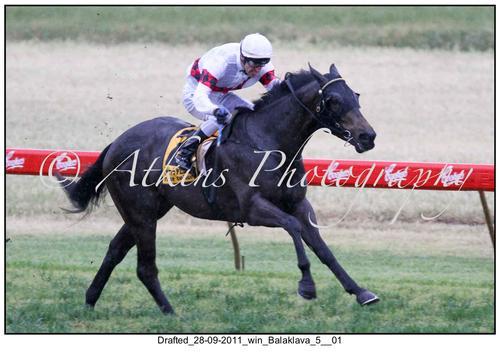 The formidable Minervini and Cahill combination was in full flight at Balaklava on Wednesday claiming a double with Drafted and Bellunese saluting in the Angas Securities SABOIS Maiden Plate and Coopers Rating 0-59 Hcp respectively.

Drafted, a well-bred 4YO gelding has been knocking on the door for quite a while and his followers were ecstatic to see him put in a gutsy performance to break his maiden status on Wednesday. Now that Drafted has captured that elusive first win, connections are confident he can go on with it, particularly as he steps up in distance.

Having just his second start this preparation, the Testa Rossa gelding Bellunese was well backed on track ($3.80), and didn’t let his supporters down by charging home from near the rear of the field on the turn to claim victory in the last stride.

The way he hit the finish line at Balaklava would suggest there are more wins in store for Bellunese. Bellunese is owned in the same interests as his sire Testa Rossa and sports the famous racing silks of green, white and red for the Cappellins, a proud reflection of their Italian heritage.

The Minervini and Cahill combination look set to continue on their winning ways at Morphettville on Sunday. Cahill will ride exciting 3YO Universal Bolt and ultra consistent Test Century. Both look to have strong each way claims.