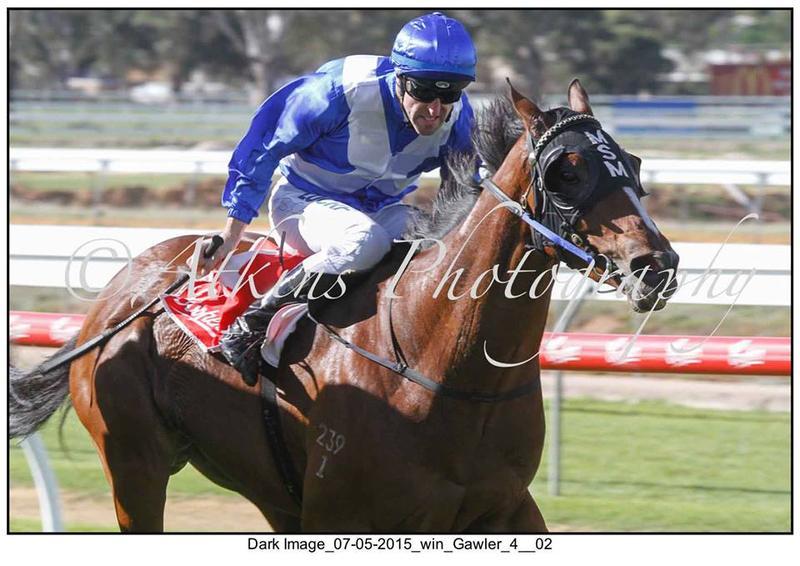 A galloper that trainer Mark Minervini has always had a high opinion of, Dark Image sported the blinkers for his first-up assignment over 1200m, and he had his mind right on the job.

Jumping cleanly, stable jockey Shayne Cahill settled the gelding midfield, on the fence and he travelled smoothly for the first half of the event. Galloping room was all that was going to be needed for Dark Image to be in the finish, and approaching the turn, after climbing over heels, a gap appeared and the three-year-old burst through.

Under hard riding, he struck the front, and he settled down to fight it out with two opponents who on paper, had reasonable form for a mid-week maiden.

The three cleared right away from the rest of the field, with Dark Image attacking the line, and scoring a tough win.

The three-year-old will clearly take improvement from his first-up task, and taking into account the manner in which he won, and the more than satisfactory opponents who filled the placings, a city assignment could very well be on the cards.

Dark Image was a $35,000 purchase from the 2013 Adelaide Magic Millions Sale, and is a half-relation to former Schillaci Stakes winner Halibery. He is the fifth foal of Sir Tristram mare Brown Eyed Girl to enter the winner's stall.

It's worth noting that the place-getter, Hazy Lane, who pushed Dark Image all the way up the Gawler straight is out of the former Minervini-trained De Lago Haze, and is a full-sister to the three-year-old filly by Mint Lane, currently trained by Mark, who should be on her way to the races shortly. For information on purchasing an all expenses paid share in this lovely horse, please contact Mark on 0417 811 641