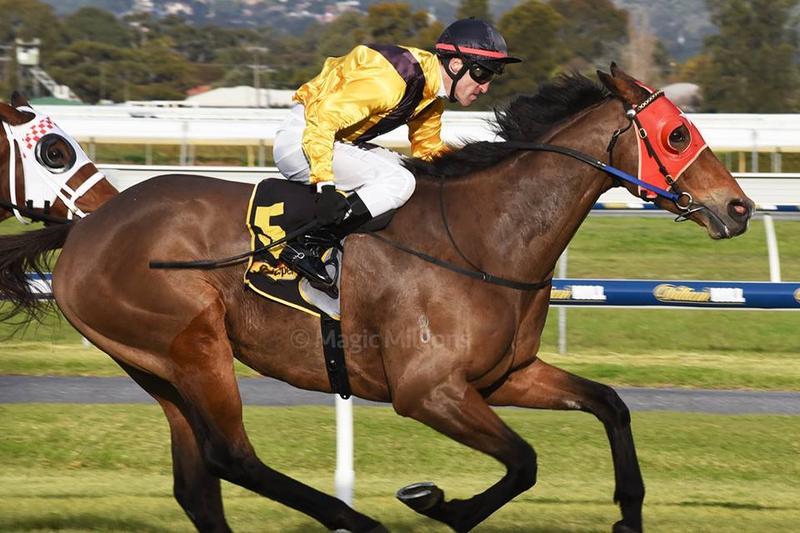 A great ride from Shayne Cahill has guided Star Recruit (4g Not a Single Doubt – Halo Amore) to a tremendous win in the 1600m 0-62 at Wednesday's Morphettville meeting.

Coming off a second-up run that appeared to be a touch flat, the gelding turned it all around today, and scored his second win on on the soft (and second career win overall).

Star Recruit settled towards the rear of the field from the time they jumped, with favourite and former Victorian Alysiana never leaving his sights. The stable jockey followed the mare wherever she went, and approaching the home turn when Paul Gatt made his move, Cahill made every effort to move tiring horses around him out of the way to keep on Alysiana's back.
Both horses made their runs together – first Gatt on Alysiana going for home, then Cahill on Star Recruit chiming in, and running to the line a clear two-length winner. The win so comfortable, that Shayne even had time to sit up and give the gelding a pat across the neck – clearly pleased with the result.

Now a rising five-year-old, Star Recruit is lightly raced, only having 11 starts to date. The Minervini stable have been patient in getting the gelding to this point, and the dividend should be that he races on for a few more seasons to come.