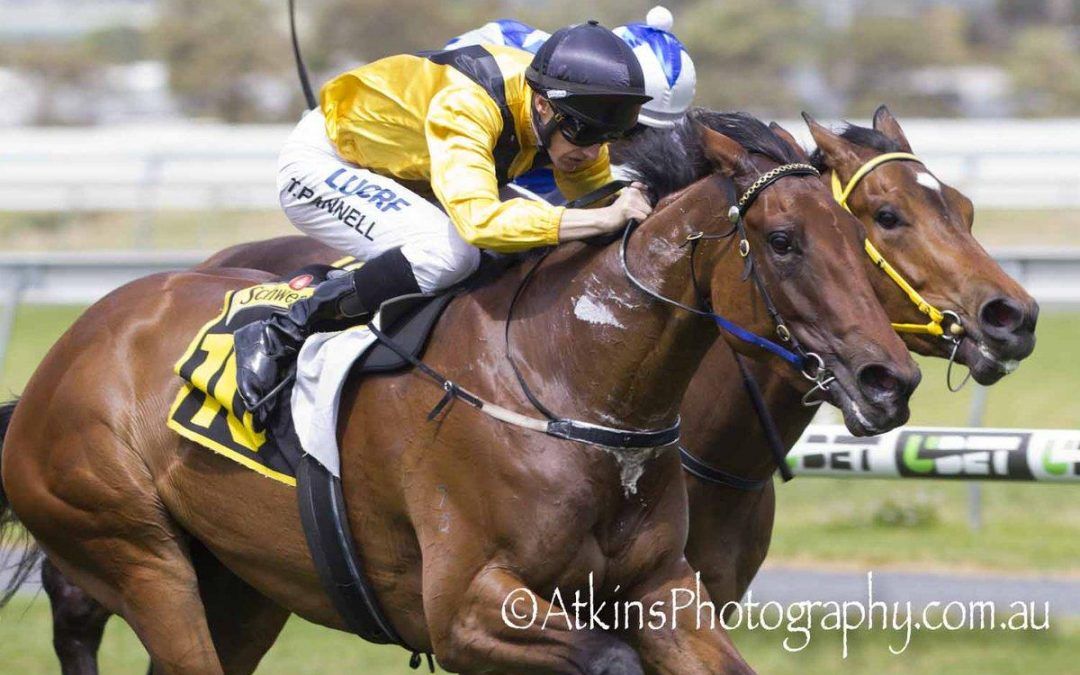 The hot run that Minervini Racing has been on in the early part of the spring continues, with three-year-old Sepoy filly Vahana scoring a brilliant debut win at Morphettville on Cox Plate day.

Despite taking a stride or two to find her feet, Vahana was able to muster good speed in the early part, and she came across and was able to assume a spot outside the leader where she travelled very easily.

As the field made their charge down the side, the debutante was travelling well within herself, and even when there was a mid-race move and Krystal Bishop sent Kabini forward on a three-wide run, Vahana was able to hold her spot in between the two leaders, in the line of three, with little urging from Todd.

Entering the straight, and despite being shaded by horses on her inside and outside – something that can be daunting for a horse at their first time at the races, Pannell asked Vahana for something more and she burst through the middle of the two leaders and went on to score a top win.

Post-race, Todd Pannell heaped praise on the filly, and added “the gears she has in her jump-outs, and in track-work, she’d roll along in front, and there was always something more. I would always get a good response from the horse, and of course race-day is a little bit more high-pressure, but I waited as long as I could before I pushed the button, and I got that extra gear out of her the last bit”.

A 2016 William Inglis Premier Yearling Sale acquisition, Vahana is the fourth foal, and first winner for American-bred Dynaformer mare Nandi. Her win was Minervini Racing’s fifth from their last nine runners and the successes are just reward for all of the hard work from those within the stable.

Nick has a yearling half sister by leading sire Dalakhani (IRE) which he will retain and race with Minervini Racing.