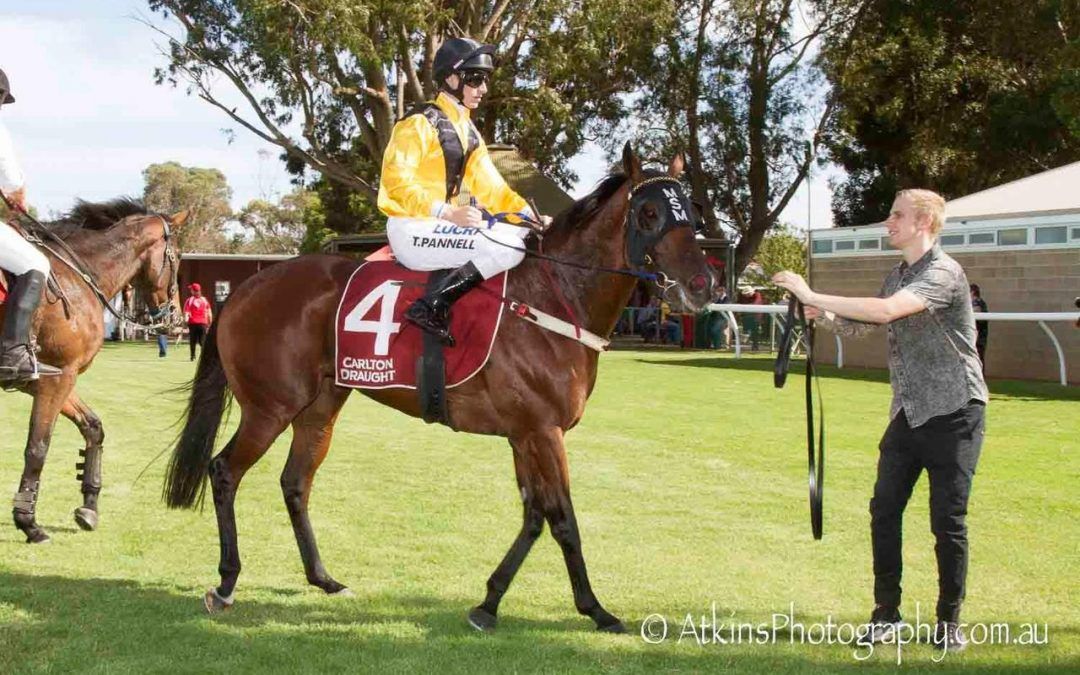 Military Forces (4m Tickets – Military Band) has returned from a break at Wednesday’s Murray Bridge meeting in fine style, sweeping down the middle of the track for an impressive win.

Originally down to run at last week’s Balaklava meeting before the cancellation (due to high winds), the delay turned out to be a blessing in disguise, as the alternative – today’s Murray Bridge meeting, meant that she now adds another win to her impressive record at the venue.

Today’s fresh win was Military Forces’ second from four attempts, with placings at her other two tries. The win was her third overall, with her stakes earnings now passing $50,000.

Replay of Military Forces’ win can be viewed at – https://bit.ly/2qENcTI

Todd’s post-race interview can be viewed at – https://bit.ly/2qFe85N

Mark’s post-race interview can be viewed at – https://bit.ly/2qHytqy