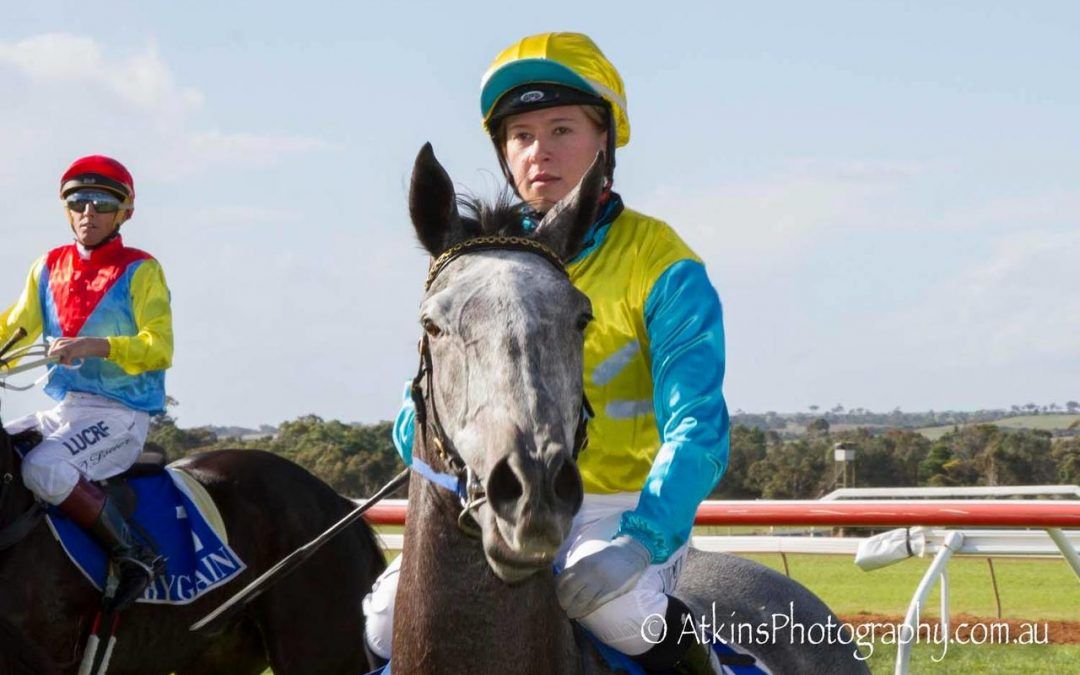 The rising five-year-old began officially trialling as far back as January of this year, but it was only his recent trial at Gawler that was enough to convince Mark that he was ready to go to the races.

In what was her first ride for Minervini Racing, apprentice Kayla Crowther allowed the grey to balance up in the second half of the field, before improving out deep as the field approached the turn. Straightening the deepest of the nine runners, she plotted a path down the middle of the track and Racing Rory – despite showing obvious signs of inexperience, charged home to record a soft win.

Replay of today’s win can be viewed at https://bit.ly/2LNcoj6