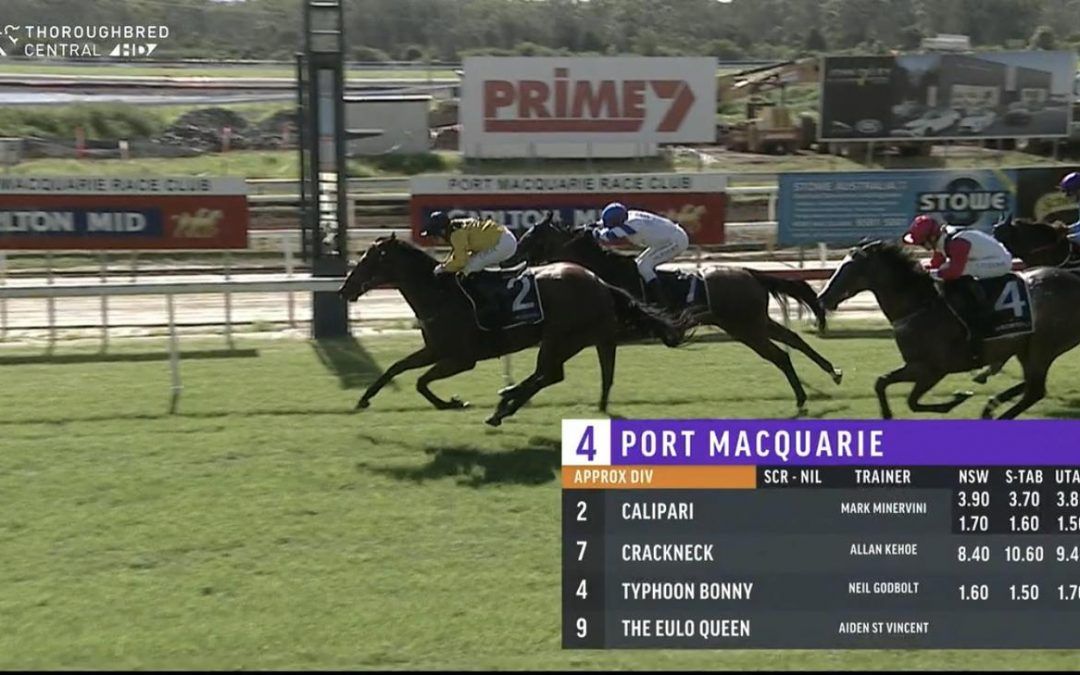 Our speedy Written Tycoon gelding Calipari has returned to the winner’s stall with an all-the-way win, at his second run from a break at Port Macquarie on Friday afternoon.

Piloted for the first time by Darryl “Digger” McLellan, the gelding drew favourably in gate four, and with his customary early speed was able to fire through and hold an easy lead. Once able to find the front, Calipari was always going to be hard to beat over the short course of 1006m, and held off any late challengers comfortably.

The win was all the more meritorious as Calipari had to lump a hefty topweight, and was able to do it for the first time on a heavy track, which adds another string to his bow.

It was noted by many – including the Sky Channel host at how brilliantly Calipari had been turned out by the team at Minervini Racing and should he be able to hold his condition and form, he will be placed to advantage over the many short course options available in the coming months.

Friday’s win was Calipari’s second, and with five placings to add to that tally, the gelding has now amassed stakes in excess of $50,000.

Replay of Friday’s win can be viewed at – HERE