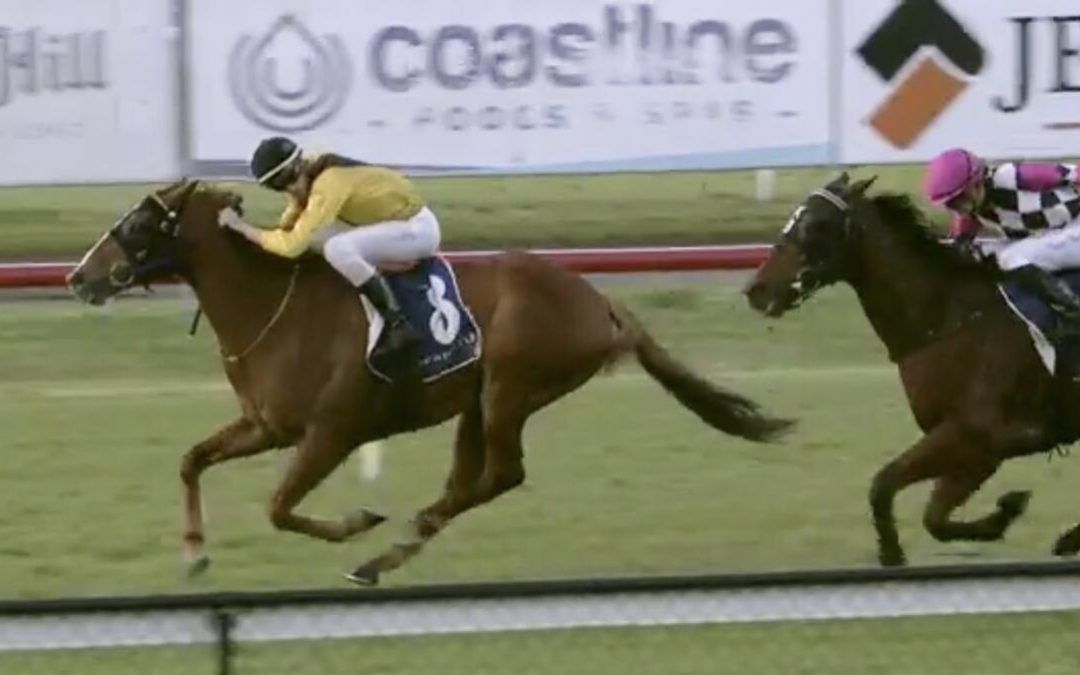 Stable favourite SUPER took off well before the home turn under apprentice Brandon Griffiths and gave his rivals a galloping lesson in the final race on Thursday’s Newcastle programme.

The son of superstar Arrowfield Stud stallion Snitzel ran a solid placing at the same track on Sunday – five days prior, and punters took the quick back-up as a big tick of confidence supporting the gelding in from as much as $9.50, to an opening price of $4.00.

SUPER went through the yearling sales with a very large price tag, and Minervini Racing purchased the then colt for a fraction of his original price at the Inglis Online Digital Sales. Quickly gelded, Super showed ability from day one, and has a narrow Caulfield placing to his credit, as well as a number of other creditable performances.

The chestnut has improved with each run this time in, and now that he is at the top of his game, we expect him to continue to race well.

Thursday’s win was Super’s second, and takes his stake earnings to a tick over $55,000.

Replay of Thursday’s win can be viewed HERE