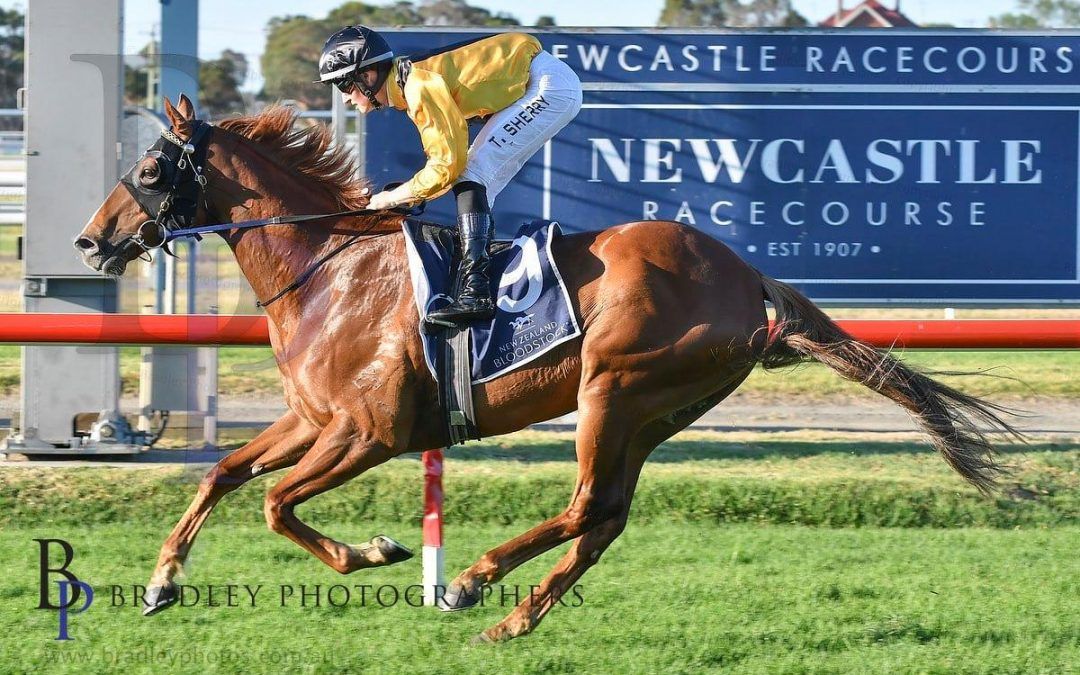 Super has maintained his consistent form this time in work with a dominant win in the last race at Newcastle on Tuesday afternoon.
Having his first sit on the son of Snitzel, apprentice Tom Sherry allowed the gelding to settle midfield with a solid tempo at the head of proceedings, before letting Super slide into the race under his own steam approaching the turn. From there, Super sailed straight past the leaders and raced clear late to record a dominant five length win.

Super was well placed by trainer Minervini – whilst the gelding was up in class, he received an important weight drop from his last start placing at Muswellbrook. Super was a tried, unraced purchase from the Inglis Digital Online Monthly Auctions – a sale that Minervini Racing has had a great deal of success with, notably the team’s Group 1 placed mare Mica Lil, who came to the stable from Kalgoorlie in Western Australia.

Tuesday’s success was Super’s third, and with a further five placings he takes his stake earnings to just under $80,000.

Replay of the win below.