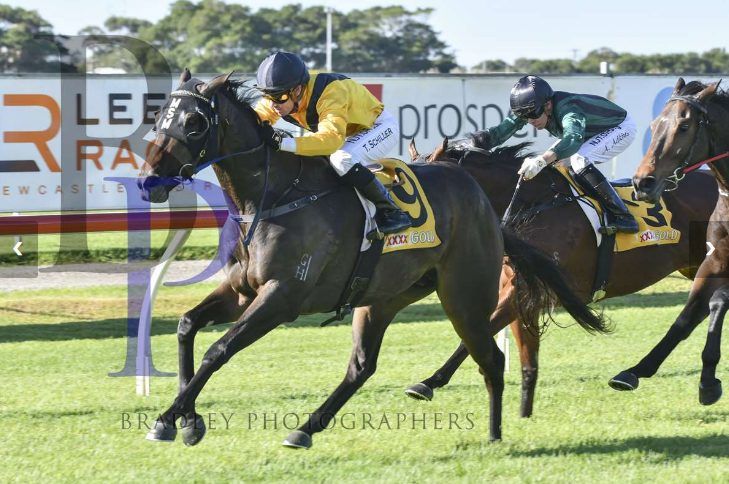 It took all of nine starts, but Media Man delivered on all the promise he has shown the team at Minervini Racing by waltzing in at Newcastle on Thursday afternoon.

The son of Vinery Stud’s Press Statement was a relatively cheap purchase from the 2019 Adelaide Magic Millions Yearling Sale and from the day he stepped onto the training track, he showed that he was a galloper with a lot of ability. In what was something of a coup for the pedigree, after Mark purchased the gelding from the sale, his older sister Chaillot debuted and took all before her, winning four races from eight starts – two of those at stakes level.

Media Man was ridden superbly by young Tyler Schiller who had the gelding travelling so well before the corner that he set him alight a long way from home, circling their rivals and cruising to the line an easy winner.

Whilst the first-place prizemoney from today’s event was advertised as $16,740, with the addition of the all important BOBS bonuses, Media Man’s owners picked up $22,365.