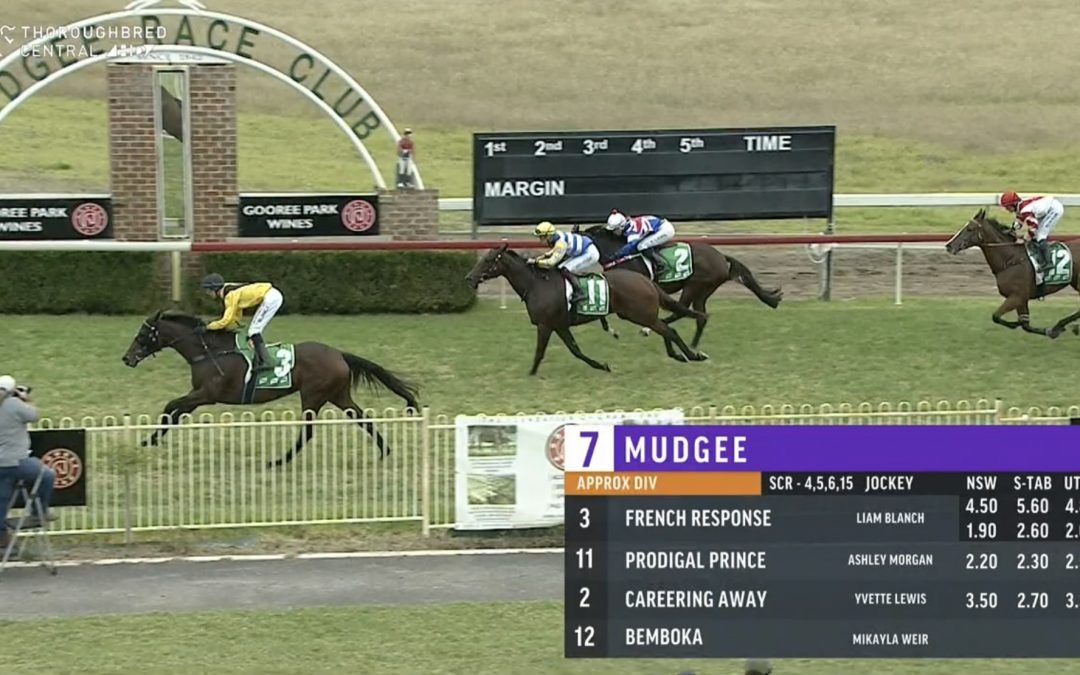 French Response has made it two wins from her last two trips to Mudgee with another dominant display.

The staying mare who is a daughter of the late superstar racehorse and stallion Dalakhani was back in class after her most recent run at Newcastle where she endured a wide run and finished just outside the placings. Having come through that run in good order, the team were confident that she was a top chance of returning to the winner’s circle on Sunday afternoon.

Reunited with young Liam Blanch, the claiming apprentice set French Response alight before the corner and navigated a path toward the outside rail. Appearing to be floundering with a furlong to run, French Response found the better park of the track and responded to finish all over the top of her rivals. The duo have now combined three times, for two wins and a third placing.

French Response was an unraced purchase from the Inglis Digital Online Auctions in November of 2018, and has now amassed just under $94,000 in stakes.