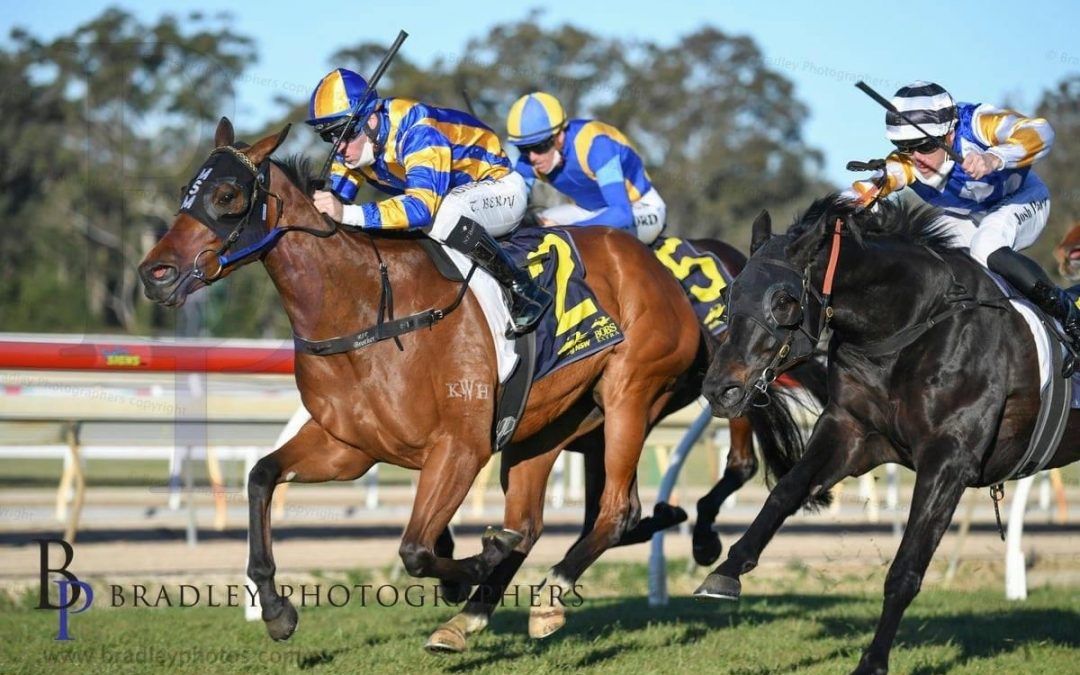 Foxwedge gelding Go Gazza has made it two-in-a-row with another stirring victory at Wyong.

The gelding was given another super ride by Champion jockey Tommy Berry, who allowed Go Gazza to balance up midfield with the leaders setting a strong early tempo. When Berry asked for an effort, Go Gazza responded quickly, rounding up his rivals before the turn and then showing great fight to hold off the fast-finishing placings.

Go Gazza was a 2019 Adelaide Magic Millions Yearling Sale purchase from the Kitchwin Hills draft, and was syndicated in partnership with our friends at Clanbrooke Racing.

Go Gazza’s second Wyong success added $16,740 more to his overall stake earnings with another healthy addition of $5,625 in BOBS NSW bonuses taking the gelding’s overall tally to a tick under $70,000.