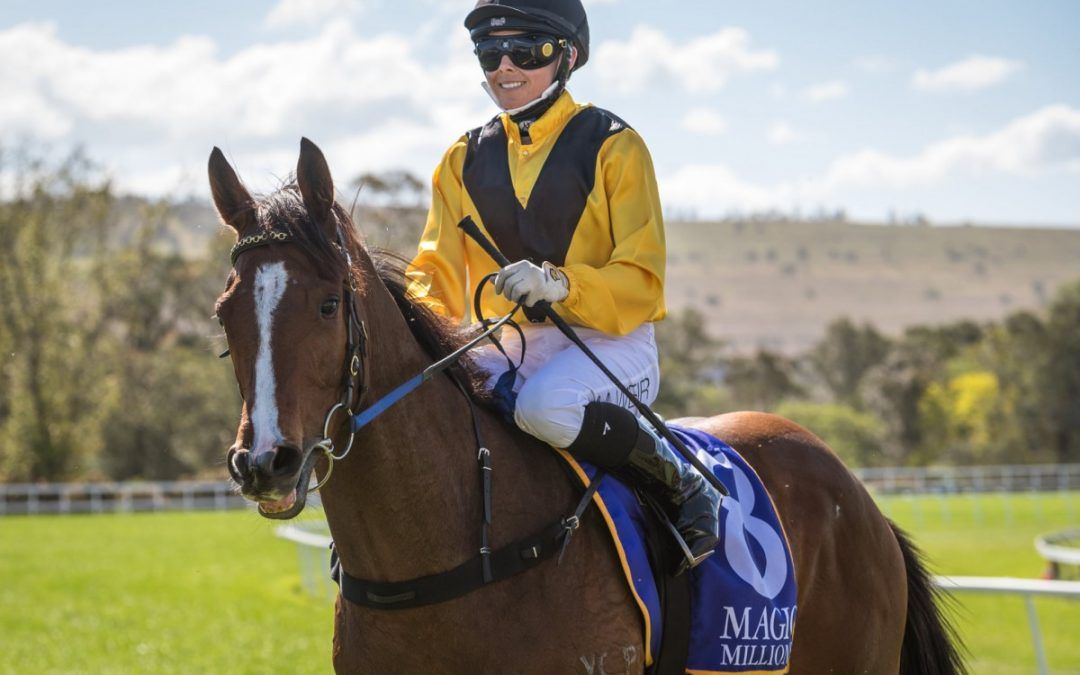 Quick Tempo has made it three-in-a-row and kept his unbeaten record intact with a fast-finishing win at Taree.

Ridden for the first time by Jackson Searle, the apprentice was able to cancel out the gelding’s wide draw and had him positioned just off the leader’s heels prior to the turn. Racing greenly in the early part of the straight, the pair were able to squeeze between runners and dive late to score another impressive win.

Placed superbly by Minervini Racing, the gelding won two trials before winning a maiden at Mudgee in late August. That was followed by a Class 1 win at Muswellbrook in early October, before the BM58 success at Taree which rounded out the treble.