Better Be The One Is The One 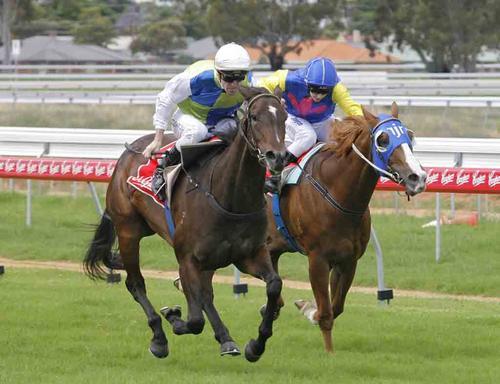 Better Be The One proved again she is "The One" when it comes to 1100 metre races at Gawler by comfortably winning the Coopers Clear Mares Class 2 Handicap today. In winning today's event, Better Be The One, the record holder at the track and distance, made it consecutive wins (both over 1100 metres at Gawler) in only her third run for leading Adelaide trainer Mark Minervini.

Starting as the $3.60 second favourite, Better Be The One sat behind the leader, the $2.20 favourite Miss Tuscan, on settling. Carrying topweight of 58 kilograms and expertly piloted by leading heavyweight jockey Shayne Cahill, Better Be The One came off the heels of the leaders at the top of the straight to win by a length with something in hand.

Punters should note that Mark Minervini has a knack of preparing horses able to win consecutive races. This season, he has trained Better Be The One, Andronica and Addiction To Rock (3 wins) to successive wins. The next time you see a Minervini horse finish first past the post, which is sure to be sooner rather than later, it may pay to follow that horse at its next start.