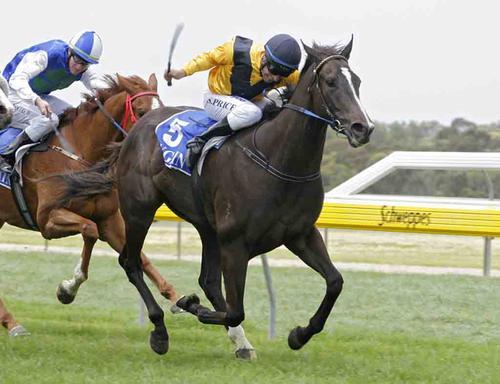 Although Team Lago had not placed in any of his 6 previous starts, most of those had been in Saturday city grade in which Team Lago had performed creditably without a great deal of luck. As a result, he was always going to be difficult to beat when dropping back to maiden class. This was certainly not lost on punters who backed Team Lago from $4 into $3 favourite on track.

Team Lago was awkwardly placed - on the rail, worse than midfield - in the early stages of the race. However, top South Australian hoop Simon Price was able to edge his way off the fence and work into the race at exactly the right time. At the top of the straight, Price and Team Lago had caught the early leaders and kicked clear. Although the winning margin was only a half-length, the result was never in doubt once Team Lago had hit the front 250 metres from home.

The win secures Mark Minervini's position in the Top 10 in the South Australian Trainers' Premiership, a position he has occupied all season. Minervini has a number of strong chances over the weekend, beginning with 3 runners at the Friday twilight meeting at Allan Scott Park Morphettville.

Team Lago, by Delago Brom, was a $25,000 purchase at the 2009 Adelaide Magic Million yearling sales. Yesterday's win boosted Team Lago's prizemoney to a touch under $15,000 and with the prospect of earning all-important SABOIS bonuses for connections in future runs, he looks certain to recoup the remainder of his purchase price before long.