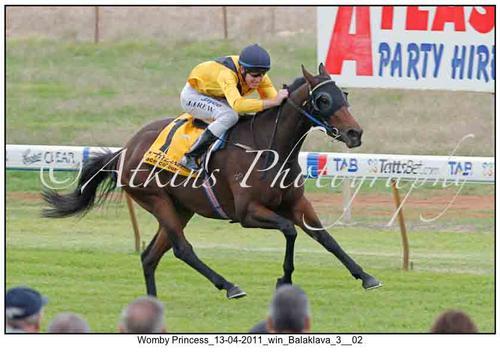 Womby Princess will now run in the final heat of the Provincial Super Series at Strathalbyn on Wednesday April 27 over 1350 metres and a win there would assure her a start in the $100,000 final at Morphettville on Sunday May 8.