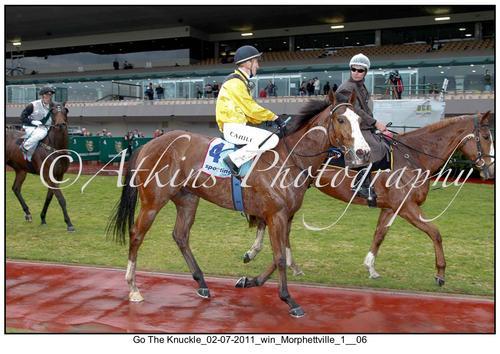 Exciting two year old Go The Knuckle won his first race at Morphettville today, following a very unlucky debut run two weeks ago where he finished a close third Go The Knuckle once again had to overcome a checkered passage in the home straight to score a dogged victory in very wet conditions.

Jockey Shayne Cahill was full of praise for the gelded son of champion galloper Elvstroem and he feels that he will only get better as the races get longer and he gains more experience.

Go The Knuckle will go for a short break and be prepared for the group 3 Carbine Club Stakes over 1600 metres on Derby Day at Flemington.