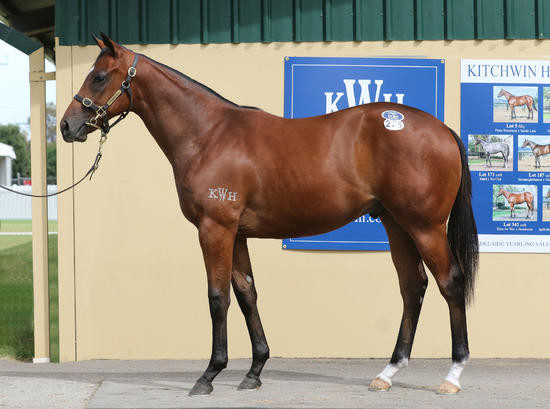 MIAMI BOUND wins the Group 2 Wakeful Stakes and the Group 1 VRC Oaks in the space of five days.

After her Wakeful Stakes success at Saturday's Victoria Derby meeting, Miami Bound - (Reliable Man - Arapaho Miss) who is closely related to our Foxwedge gelding has backed up five days later and won the time-honoured VRC Oaks in stunning fashion.

The stable takes pride in the preparation, presentation and racetrack performance of our horses.

We are looking for an investor / client to race a magnificent 2 year old gelding by Foxwedge from the Encosta de Lago mare Content.

This horse was purchased at this year's Adelaide Magic Millions Sale for $49,500 inc GST.

He has an excellent pedigree being by a son of Champion sire FASTNET ROCK, dual hemisphere sire FOXWEDGE went back to back on debut as a 2YO before finishing 3rd in the Golden Slipper lead-up G2 Todman Stakes behind SMART MISSILE and SEPOY. At 3 he won the Group 1 William Reid Stakes, beating older horses and Champions HAY LIST and BUFFERING.

FOXWEDGE won the G2 Roman Consul Stakes, a race won in the past by the likes of EXCEED AND EXCEL as well as his own sire FASTNET ROCK, as well as the Group 3 San Domenico Stakes having placed in the Group 1 Newmarket Handicap and Group 1 Coolmore Stud Stakes.

FOXWEDGE already has 14 Stakes winners on his resume (8.5% stakes winners) with his oldest progeny only 5YO’s, earning him the title of Champion 2nd Season Sire.

This gelding's dam CONTENT is a half sister to G1 VRC Oaks winner ARAPAHO MISS and also a ¾ sister to Stakes winner DE LITTLE ENGINE (VRC Andrew Ramsden S.[L]). CONTENT’S only foal to race has won 3 races. Second dam is the stakes placed HAPPY HEART, a dual winner herself, has produced no less than 9 winners, her daughter Cardiac has produced recent G3 winner Declarationofheart.

He has been broken-in and had one short education preparation. His first serious preparation will commence early in the New Year.

He is paid-up for the lucrative NSW BOBS and BOBS Extra bonus scheme.

Physically this horse is well-balanced, has a deep girth, is a great walker and very athletic. I welcome your inspection.