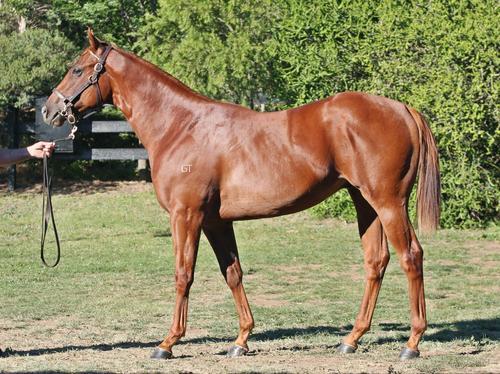 "The Chief" was dominant first up at Clare in his return to the Minervini stable after a stint with Robert Smerdon in Victoria. Such dominance was not unexpected given Chief Of Staff's clear class edge over his rivals that day.

The Chief rose in class for his second up assignment but this was offset by a weight drop of 4.5kg. Accordingly, Chief Of Staff looked the one to beat again with possibly the biggest pre-race concern being Chief Of Staff's inside gate (2).

This was quickly overcome by Adelaide's leading rider, Matthew Neilson. He eased The Chief out of the gates without haste to allow some of his rivals to sneak ahead of The Chief which then allowed Neilson to edge away from the fence and find clear galloping room. From there, the result never looked in doubt as Neilson bided his time, allowing The Chief to balance up at the top of the straight before unleashing his powerful finishing burst. A couple of backhanders with the persuader were all that was required (and were probably not required) as Chief Of Staff defeated his nearest rival by 2¼ lengths in quick time.

Once again, punters were not all over The Chief as one might expect. After as much as $4 was available at Clare, bookies offered $2.50 about The Chief at Bordertown. His new owners, many of whom have now fully recouped their outlay through prizemoney and the punt, were only too happy to oblige.

Having decimated the provincial circuit and boosted his confidence, Chief Of Staff will now venture to town for his next start. Given the way he has taken care of his opposition at his last two starts, it is stating the obvious to suggest he will the one to beat next time around.