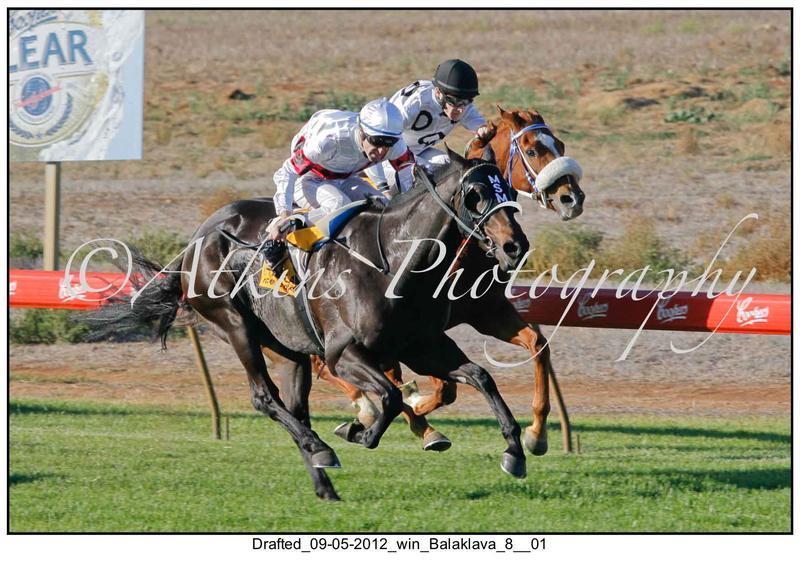 There seems to be no stopping the white hot Trackside Racing team at the moment as Drafted (4g Commands – Diplome) notched up another win for the team in the 0-75 Handicap over 1600m at Balaklava today.

A galloper that seems to be getting better as time goes on and distances are increased, today’s win was the first time this preparation that the gelding has been asked to compete over the mile distance, and it would appear that he will handle more ground in future, if today’s win was anything to go by.

Today’s win was victory number three for the gelding – all coming at Balaklava, so the old adage of “horses for courses”, very much applies!

Cahill was able to balance Drafted up in a lovely spot for much of the race, three back on the fence, and it was clear a long way from home, that luck would be all that was needed for him to be in the finish.

Whilst the race might have been a touch light on exposed form, it was Storm Brewing, who is a dual city winner and was stakes placed as a younger horse that lead the charge for home and was always going to give Drafted a good fight.

Cahill eased Drafted off Storm Brewing’s heels and approaching the furlong, the two drew away to fight the race out with Drafted gaining the upper hand in the shadows of the post to go on for a smart win.

With Drafted in such fine form, and appearing to be maturing each time he steps out, followers can expect that a rise in distance and a possible trip to town next start, may be on the agenda.

The old saying suggests that patience is a virtue and the patience afforded Drafted by Minervini in his development appears to be returning dividends for his group of owners.

A big weekend coming up for the Trackside Racing team as Andronica tackles the Listed $100,000 Port Adelaide Cup over 2500m, Dakadan Princess contests the Listed $100,000 Laelia Stakes over 1600m, and Go The Knuckle takes on the mammoth task of toppling Black Caviar in the Group 1 $500,000 Goodwood over 1200m.