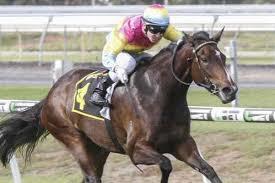 When it rains, it pours, and nothing truer could be said about the last four weeks for Minervini Racing, with Freedom Road (6m Good Journey – Voltara) scoring the team’s third win from their last three runners in the last race at Saturday’s Morphettville Parks meeting.

Having returned to the winner’s stall at the same course and distance two weeks prior, the in-form mare was again sent around at a good price, owing to the fact that she was rising in grade and had drawn a little awkward in nine.

Burst, and burst she did – Freedom Road started to launch, and she rocketed home out wide, taking the lead in the last 50m and again scoring a pretty soft win.

There is another quote that many within the racing industry will know well, and it suggests that a mare in form is a mare worth following, and that she is. Saturday’s win was Freedom Road’s second metropolitan win this preparation, and further enhances her value and potential as a broodmare when her racing days are complete.

Should she pull up well from Saturday’s run, then that value could be further enhanced with the possibility of a trip to Melbourne for the Group 3 $200,000 Maybe Mahal Stakes, over 1400m on Melbourne Cup day.