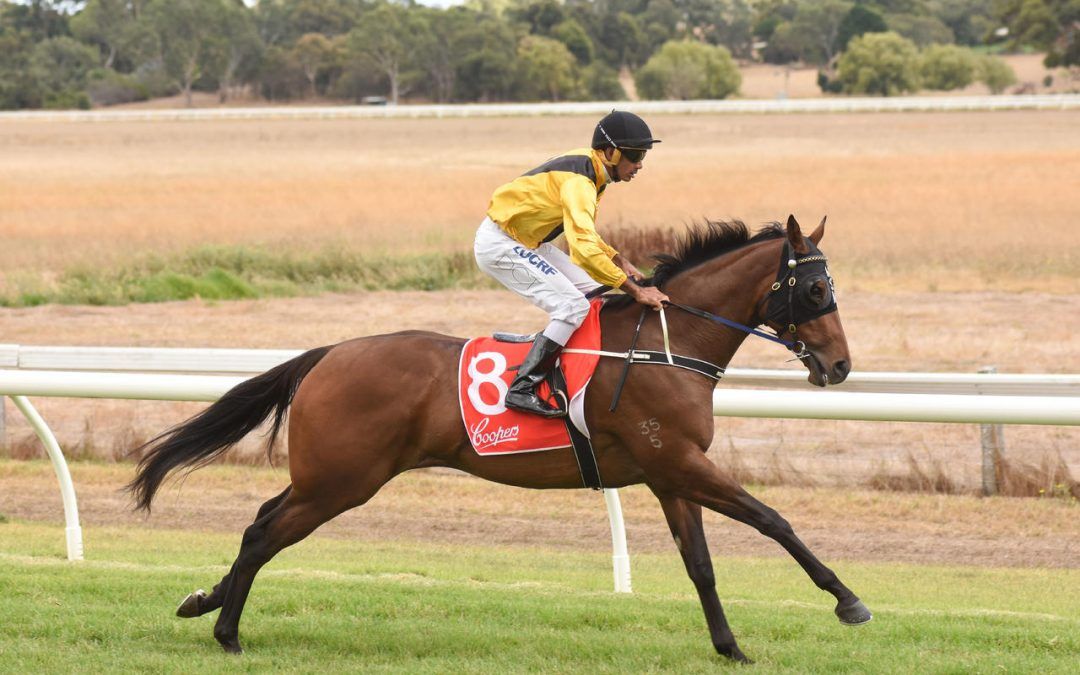 Stable debutante Zume Forward scored a dominant maiden win in the first on the card, the 1000m Maiden Plate at Naracoorte on Sunday afternoon.

Confidently ridden by Dominic Tourneur, Zume Forward travelled easily outside the leader and quickly put the result beyond doubt, racing clear in the last 200m for an easy win.

Having run a placing at Cranbourne in late December of last year, Zume Forward’s form-lines read well for her Naracoorte assignment and she was sent to the post a short-priced favourite.

The Charge Forward filly was obtained by the team as a seven-start maiden from the February edition of the Inglis Digital Online Auctions and has already returned much of her purchase price.

Zume Forward is a half-sister to the stakes-placed Al Maher gelding Humanity as well as four other individual winners – many of them continuing to race well as six and seven year olds.

Having ticked off her maiden, the team are looking forward to testing the filly out against tougher opposition in the coming weeks.

Replay of the win can be viewed at – bit.ly/2TRQAva

For those interested in getting involved in a race-ready, winning three-year-old, there are still a few shares available in Zume Forward. Perfect opportunity to be heading to the races in the coming weeks with a last-start winner. For details, contact Mark on +61 417 811 641 or admin@minerviniracing.com.au