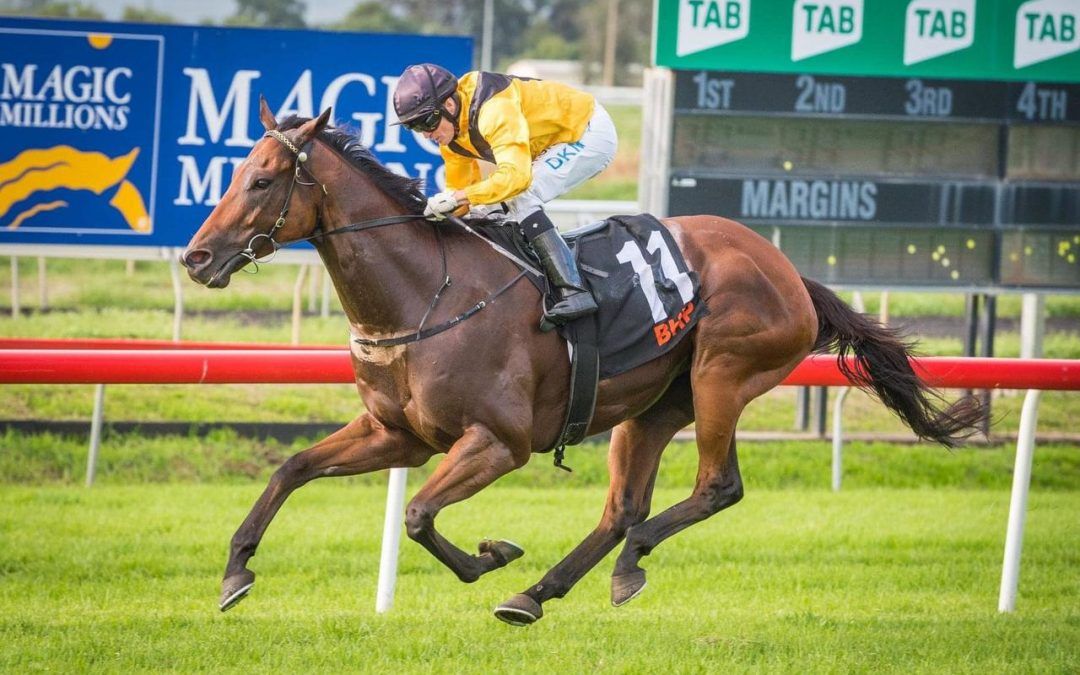 Courtesy of another super ride from Darryl McLellan, the Written Tycoon gelding began with all his customary speed, but couldn’t take up his usual front running role, with third-favourite Iamacrumpet firing to the front from a wide gate. McLellan didn’t panic, content to let Calipari balance up in second place and travel beautifully behind the leader. Turning for home the gelding was quick to put the race beyond doubt, racing clear for a dominant win in a slick 57.40 seconds.

The win was Calipari’s second success on wet tracks, and with a further two placings on rain-affected ground from only four starts, the team are looking forward to seeing him maintain his good form heading into the wetter months.

Replay of Calipari’s win can be viewed HERE