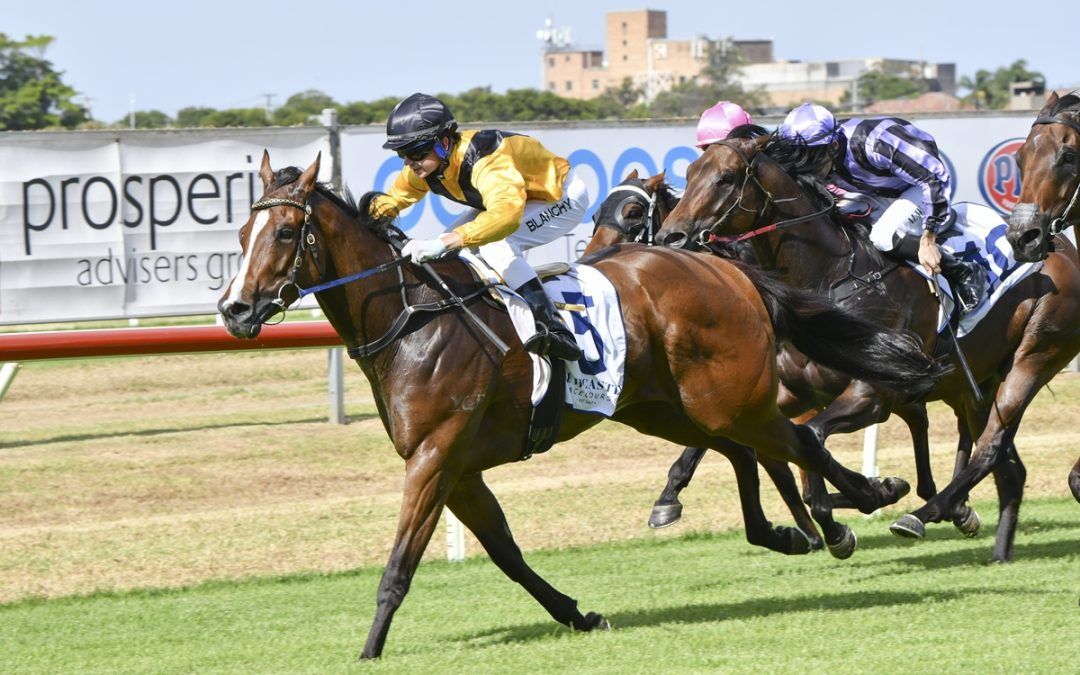 Quick Tempo has kept his super run of success going and remains unbeaten, scoring his fifth win from as many starts with another sizzling display at Newcastle.

The 900m contest was the gelding’s stiffest test to date, graduating to the stronger provincial classes of the Hunter region and stepping out on a dry surface for the first time. It mattered little though as apprentice Liam Blanch, who was having his first ride on the son of Rubick had Quick Tempo in a nice position, stalking the leaders prior to the turn. When the brakes were released Quick Tempo was able to haul in the early leader Bengalla Bay, recording the last 600m in a sizzling 32.8 seconds – establishing a new class record.

Saturday’s win was Quick Tempo’s fifth from five runs and takes the gelding’s stake earnings to just under $94,000.