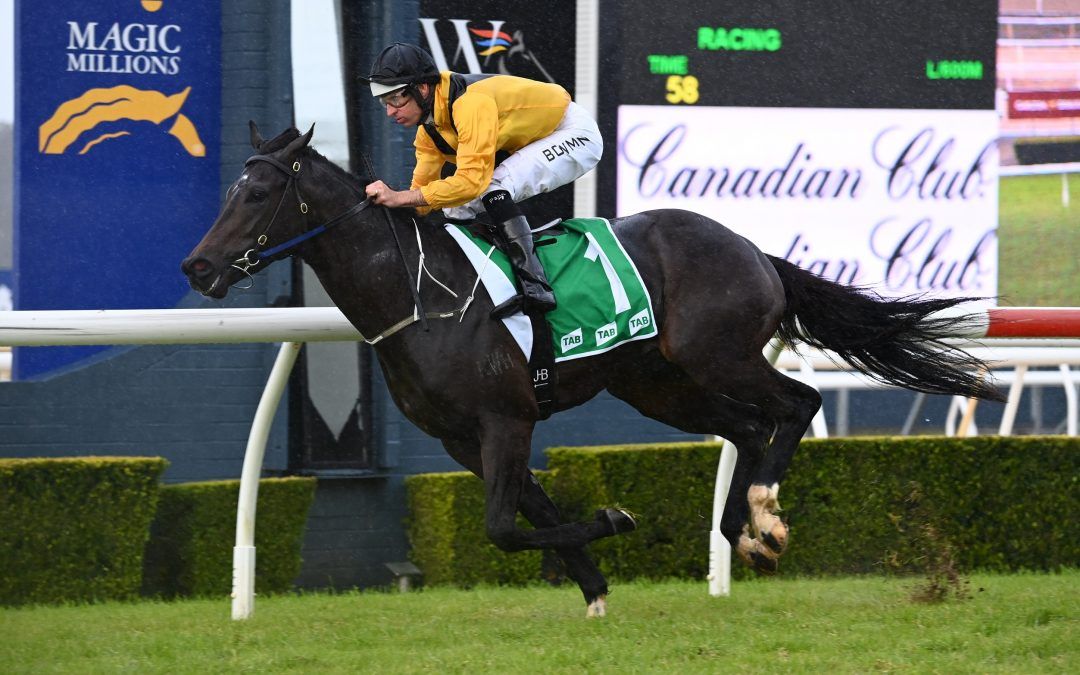 Fire and Ice has broken through for the easiest of maiden wins, cantering to the line under Champion jockey Hugh Bowman at Wyong.

The son of the former Group-1 William Reid Stakes winner and now Yarraman Park Stud sire Hellbent had shown he was a galloper of tremendous talent from day one, which led Minervini Racing to test him against some of the best two-year-olds of the season earlier this year; the best of the three, a fast-finishing midfield effort in the $2 million Inglis Millennium

The 1000 metre scamper was the perfect starting point for the colt and Bowman sent Fire and Ice to the lead; where he was never headed, running away to win by just under five-lengths, running the fastest last 600 metres of the day.

The win was somewhat of a family affair, with Fire and Ice a grandson of our former super race mare Vormista. Fire and Ice is the first foal of the All Too Hard mare Cersei, who at only seven years of age, had a bay colt in 2021 by Sooboog and is in foal to former star sprinter Graff.

Fire and Ice was a yearling purchase from the Kitchwin Hills draft at the 2021 Inglis Classic Yearling Sale and the Wyong win takes his stake earnings to over $55,000.